The Father of Exponential Imagination

The Father of Exponential Imagination

Robert Williams is a unique and contradictory figure in contemporary American art. A deep thinker on the meaning and making of visual culture in the late 20th century, Williams began his artistic career as one of the key figures on the California hot rod scene in the 1960s. He is a painter of exquisitely detailed allegories and epic history paintings, as well as being an instigator of one of the most profane counter-culture comic books ever published.

A natural iconoclast, Williams has engaged in a passionate dialogue on the meaning and utility of art-making, placing his work in opposition to what he sees as the sterile misanthropy of abstract and conceptual art. Centering himself as the originator of an art movement—‘Low Brow’ or ‘Feral Art’—he presents a case for the return of craft, observation, draftsmanship and technical skill in painting, and for the consideration of the cartoon and graphic arts as on a par with ‘fine’ art. His realist paintings are rooted visually in the imaginative and conceptually in the realm of human emotion, in direct opposition to the conformity of the abstract.

“Many people, and our society in general, have a cautionary resentment regarding overt and gratuitous imagination. This admonition stems from concerns that the violations with respect to conformity engenders dangerous anomalies, character flaws, and worst, perversion. Possibly so, but more importantly it breeds new playing fields of ideas—and ideas, as they sometimes do, grow exponentially”

The Father of Exponential Imagination includes over forty recent oil paintings alongside two of Williams’ major sculptures, The Rapacious Wheel and Errant Levity. The exhibition is presented to coincide with the publication of a major new monograph on Williams’ work by Seattle-based publisher Fantagraphics Books, due November 2019, and is presented with thanks to the artist, Suzanne Williams, Dave Shuten & Galpin Auto Sports, Juxtapoz Magazine, Fantagraphics Books, Karl Meyer & Gentle Giant, and John Gunsalis. 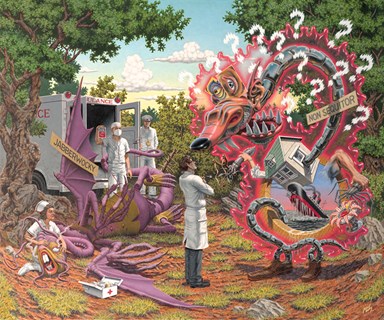 Everywhere at Once Cabriolet 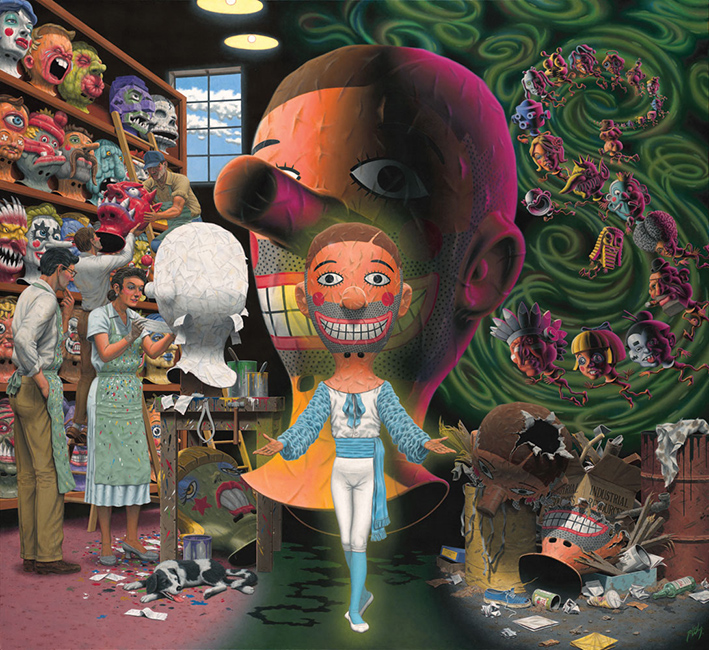 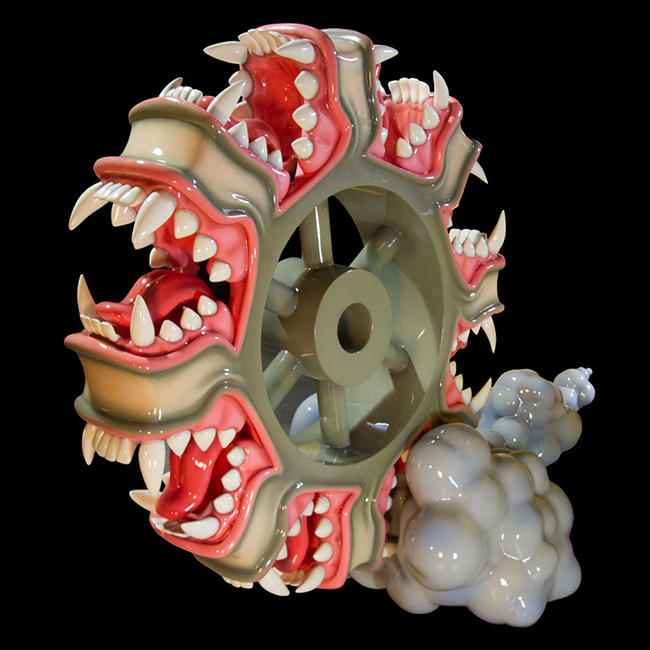 Courtesy of Museum of Sonoma County

Robert Williams (b. 1943) grew up immersed in Southern California’s Kustom Kulture, Rock n’ Roll, and EC Comics. He became the studio art director to hot rod innovator Ed “Big Daddy” Roth in 1965, and was a founding contributor to the underground ZAP Comix in the late ‘60s while also working as a commercial illustrator. Frustrated with the venal contemporary art scene of the 1980s, in 1994 he founded Juxtapoz Art & Culture Magazine, a publication dedicated to the underground, which has become the top-selling art magazine worldwide. He lives and works in Los Angeles CA.

With in-kind support from