Alex Katz: A Life in Print Alex Katz: A Life in Print

Selections from the Collections of Jordan D. Schnitzer and His Family Foundation

A Life in Print

A major figure in the world of American figurative art over the past 60 years, Alex Katz is known for his large scale paintings, sculptures, and prints. His work has been the subject of more than 200 solo exhibitions and nearly 500 group exhibitions internationally since 1951. Alex Katz: A Life in Print, Selections from the Collections of Jordan D. Schnitzer and His Family Foundation showcases a series of prints, dating from the late 1960s to the present day, many of which have never before been exhibited. The exhibition is organized around themes of lightness/airiness, portraiture, and variations around the same images and subjects, all presented with a penetrating graphic clarity and keen sense of the history of image-making.  Katz’s work, like his New York contemporary Andy Warhol, is always different, yet, in some ways always the same. He has called his prints the ‘final synthesis of painting.’

A Life in Print marks a renewed collaboration between Bellevue Arts Museum and the Collections of Jordan D. Schnitzer and His Family Foundation—the largest private print collection in the United States.

Among the works on display are two major pieces shown for the first time on the West Coast. On display in BAM's public Forum space is Chance (2016), a life size depiction of three bathers. In Katz' distinctive ‘cut-out’ pop-art style, Chance celebrates the simple pleasures of summer, the sea, sand, and the company of friends. Alongside the survey of 50 years of print-making, BAM is also pleased to exhibit a portfolio of aquatints of fourteen New York poets, originally produced in 1978, alongside excerpts from each poet’s work. Katz, his wife and muse Ada, and their circle of friends were instrumental in the social, literary, and artistic culture of New York in the '70s and '80s. These portraits depict those lives with a deadpan yet heartfelt sincerity. 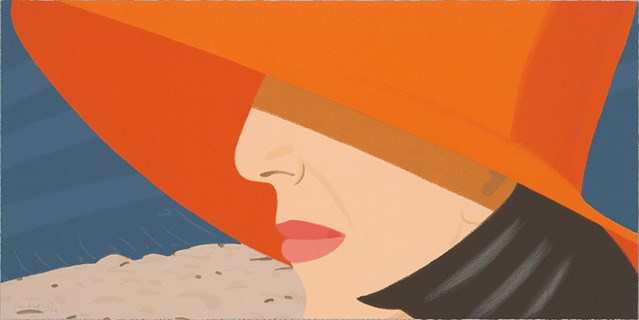 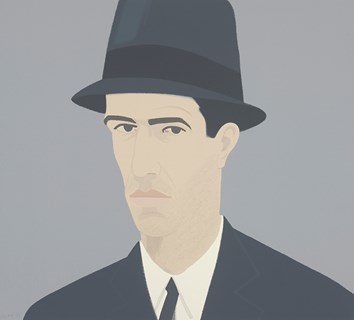